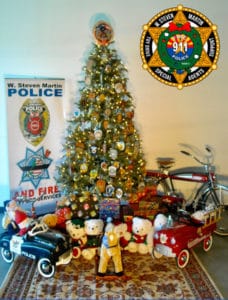 More Than 7 Million Toys to Over a Million Children!

The W. Steven Martin 911 Toy Drive Blue Santa program serves Law Enforcement, Fire, Public Safety Officials, and Corrections Officers. This program is one of eight ongoing assistance endeavors we do to support our community, city, and state. There is no sign-up for the public; our recipients are selected by Public Safety personnel based upon direct encounters where needs are discovered.

Gifts are provided throughout the year – not just at Christmas – at no charge to the officer or family to improve the way children in need or danger see the men and women in uniform.

Over nearly four decades, some 7 million gifts have been given away to over a million children through the hands of Police, Fire, and 911 Emergency Services. We have changed young lives and family opinions in positive ways, one house at a time, and that includes the Blue Santas themselves. 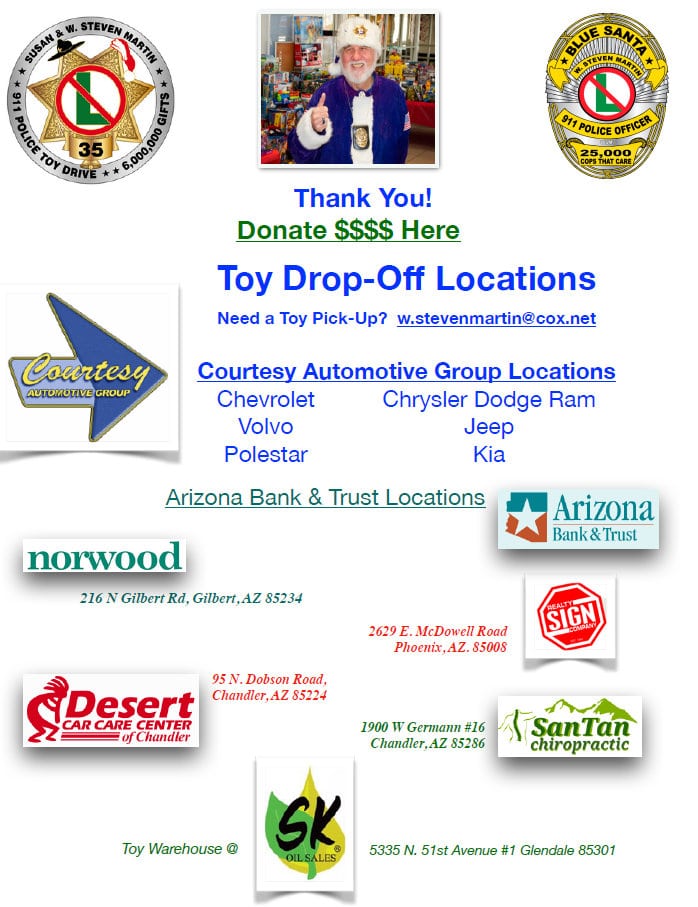 Throughout his career, two-time CMA Broadcast Personality of the Year W. Steven Martin, a Nebraska native and long-time Valley of the Sun morning drive presence, worked tirelessly to raise money for local and national charities.  His reputation for giving back to the community frequently resulted in individuals and faith-based groups seeking assistance to provide for families that would otherwise go without food, warm clothing, or toys during the holidays.  W would call upon his vast network of friends and businesses to attempt to help those who took the time to send a letter outlining the particular situation.  However, vetting the requests was simply not possible, due to the high demand.  And delivering the holiday boxes took up nearly every waking hour during December, a problem with a young family of his own.

When W heard her story, he told Toni to meet him that evening at his home where he had a good supply of toys stored in the garage.  When she arrived, Officer Hawk’s entire squad, in uniform, accompanied her.  As they walked around the garage, selecting the perfect toys for the children, W and his wife Susie had their “aha” moment.  Why not invite police officers to adopt families they have encountered through their duties?  The officers would know the needs, they would be able to deliver the toys to the kids in their beats, and the children and their families would potentially develop a greater appreciation for the police and all they do to help those in our community. 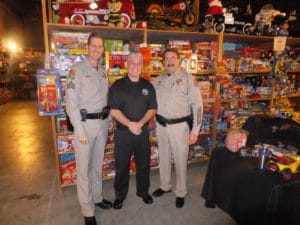 Of course, everything changed in 2020. For the health and safety of all volunteers and officers, the toy giveaway evolved into the Blue Santa Drive-Thru where officers register online, volunteers pick out the toys, and the officers simply drive up and pick up bags of gifts for their selected families. 2021 brought back the Toy Giveaway Day, on a limited basis, for those officers unable to pre-register or those who have last minute requests from within their communities. The new process, established as a result of a pandemic, has proven to be more efficient for both the volunteers and the officers.

The 911 Toy Drive Blue Santa program, as it is now called, is a 501(c)(3) non-profit organization with an all-volunteer work force.  S&K Oil Sales has hosted the 911 Toy Warehouse for several years; and their management and staff generously support the Toy Drive with financial and volunteer assistance. The Courtesy Automotive Group graciously participates as a corporate partner,  and members of the community can drop off their donations at any of the six metro Phoenix  Courtesy dealerships, up through Christmas Eve. The Toy Drive accepts new, unwrapped toys and gifts for children 0-15 years of age, and emphasizes the need for gifts for older kids, things like sports equipment, remote-controlled cars, purses, make-up, and craft kits. 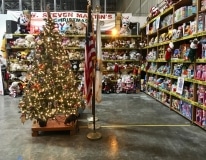 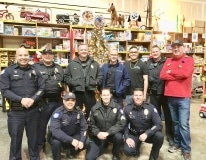 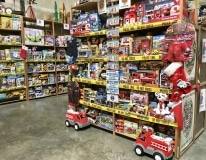 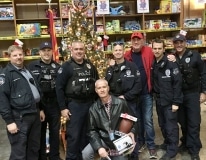 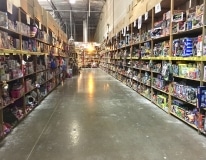 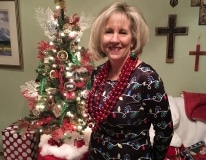 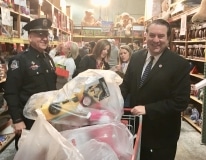 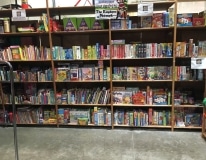 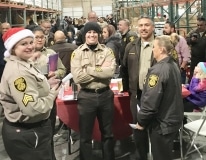 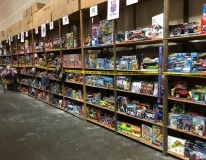 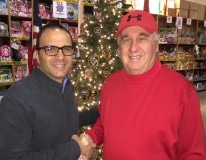 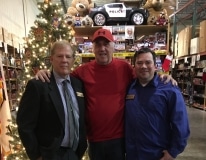 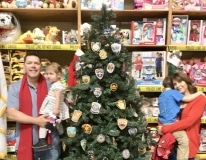 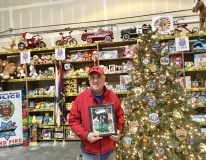 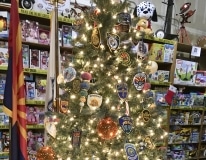 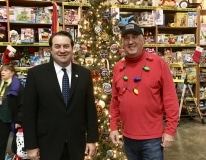 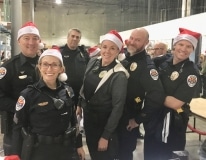